Do we have to get ready for a Waxwing winter?

The Bohemian Waxwing (Bombycilla garrulus) is well known for its irruptive migrations. This Holarctic species breeds in boreal forests. In winter, Waxwings from Northern Fennoscandia are heading South but they usually stay in the Northern half of the Continent, around Baltic Sea. During “irruption winters” however, large numbers are spreading across Western and Central Europe (Britain, Benelux, Germany, Switzerland, and France). Large groups can then easily be observed in parks and gardens, where they feed on berries, for the greatest pleasure of nature photographers. 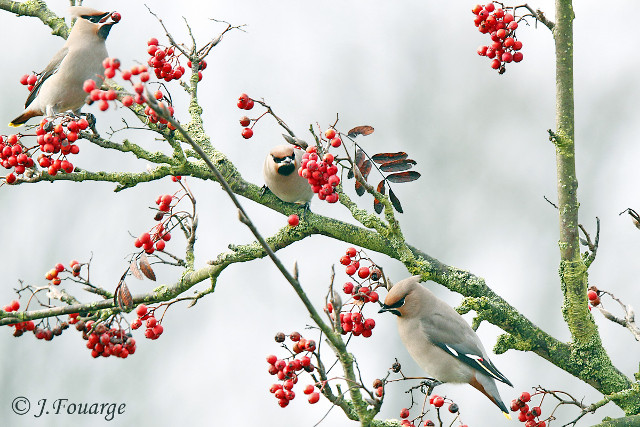 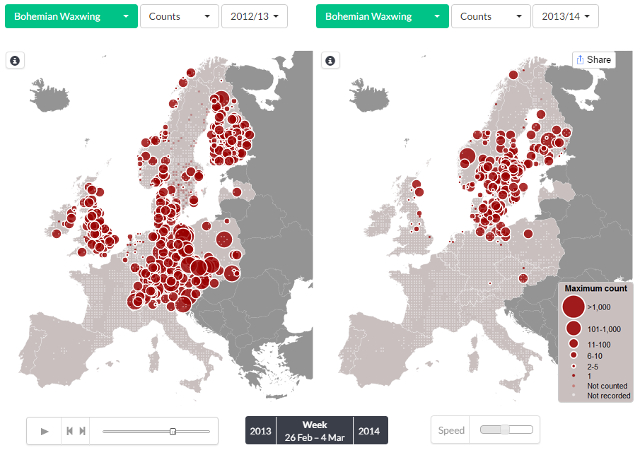 The option to compare “winters” rather than “civil years” on the maps is particularly useful to study the phenomenon. Irruption years are not all similar: during 2010-2011 winter, Waxwings were abundant in Britain, but not so numerous in Central Europe, at the contrary of 2012-2013 winter: 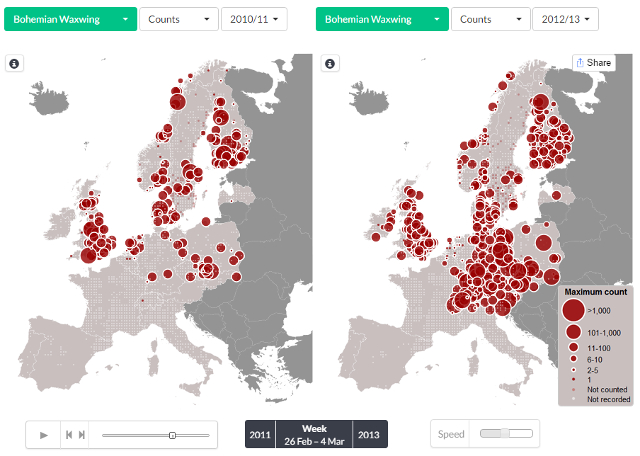 While the last two winters were not “irruption years” for Western/Central Europe, current observations and migration counts suggest that 2016-2017 may well turn out to be a Waxwing winter… BirdTrack is showing a much higher reporting rate than usual in Great Britain, Observation.org is showing a strong presence of Waxwing along the Southern shores of the North Sea, and groups of Waxwing were observed from late October in Northern Germany.

Currently, we are working to bring you all this information in a near-to-real time basis so that it will be much easier to get ready for a new Waxwing winter! Between-years comparisons of such large-scale movements across the continent will also hopefully offer new insights about the drivers of the irruption, which are supposed to be food-shortage in the North combined with a good breeding success in the previous summer. However, detailed mechanisms are still surprisingly poorly understood.